We’ve all experienced it at one time or another… You go to put on a pair of jeans and they don’t fit like they used to or you step on the scale and notice things have started to get out of control. Sometimes it’s something logical like a hormonal imbalance or a new medication. But, did you know that Depression can also cause Weight Gain? In 2010, a study published by the American Journal of Public Health revealed that people who exhibit symptoms of depression, like sadness and loneliness gain weight more quickly than those who report being happy.

Let’s meet Shauna,one of our clients

After obtaining a Master’s degree at the University of Miami in Elementary school education in 1998, she moved back to her hometown in Montreal, Quebec. During the long winters in Quebec she began to break down. She longed for the smell of the crisp ocean breeze and the sound of waves crashing against the shore with the warm sun beating on her shoulders. She began working long hours, staying late to administer the school’s after care program. On the weekends she would sit at home alone and had fallen into a deep depression. As she worked long hours, she ate on the run. When she was home, she wasn’t motivated to be very active and found herself spending her hours in front of the television screen eating junk-food. Shauna began to pack on the pounds. But without motivation, she felt defeated. One day, while researching “ways to overcome depression without pills” she happened upon several articles that had illustrated hypnotherapy had been effective in treating both clinical depression and weight loss. This is when Shauna came to see me.

During our intake process, we uncovered the root of her weight loss issues, which were rooted in depression. We started to pin point some specific stressors; like the grey hued winter sky and some of her life choices regarding a grueling work schedule. It had never occurred to her that the winters she had endured year after year as a child would make for a volatile relationship for her in the future. In just a few sessions, we were able to identify the things that triggered her depression and the many factors that made up her weight gain issues. Without any surgery and with the complete absence of prescription drugs, Shauna was able to take back control of her life and start feeling positive about her situation again. With new found resolve and better habits, the weight started melting right off. She allowed herself to spend some time at the gym and even found the strength to brave the winter with confidence.

These are success stories that are typical of our clients. Give us a call today to figure out how to start making positive changes in weight loss and depression through hypnosis today. 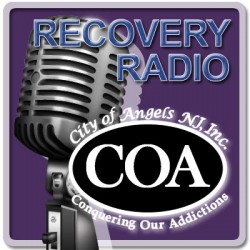